Hello everyone! Well, we finally did the deed. We had nine guys over to help with the sign raising on Saturday at noon. Thank goodness for everyone's help! I manned the camera and Earl (his back is injured) manned the BBQ grill. Let's see, we had Verlan, Charlie, Larry, Denny, Rodney, Earl's Dad Earl, Mike, Rich, and of course Terry. (Last time I listed names, I forgot someone -- so I hope this is everyone!)
It was so much fun watching everyone's reactions as they drove by. People were sticking their heads out the window and shouting, honking, and taking double- and triple-takes. We had people stop by that we had never met before. The honking and hubbub increased later that night when we turned on the chaser lights.
So far as we can tell, this is the 2nd largest banjo sign. We know it's the largest in the State of Illinois, and also the largest "Stelling" banjo in the world. I will be posting a page just for the sign when I get a chance. Here are some photos for you in the meantime. You really should come by and see the sign in person! 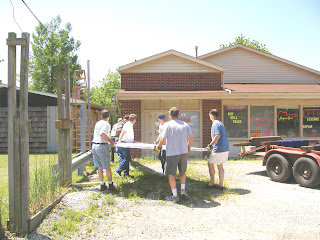 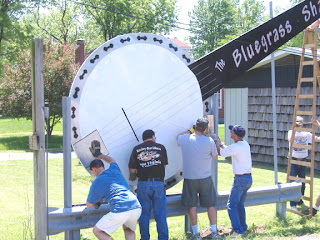 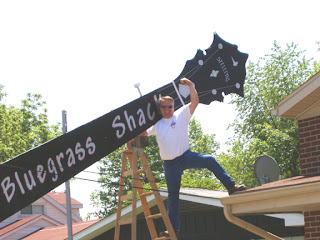 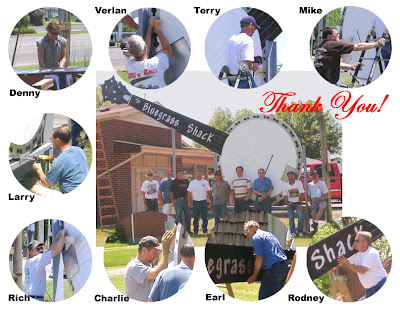