Last night was probably the hottest concert The Chris Talley Trio has ever played...and it wasn't just the music!  When we arrived at 5:30 p.m., the temperature outside was 106 degrees.  Thank goodness there was a nice breeze blowing from the river, up the banks, and through the pavillion! 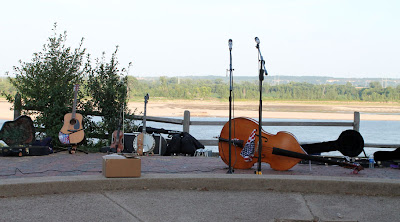 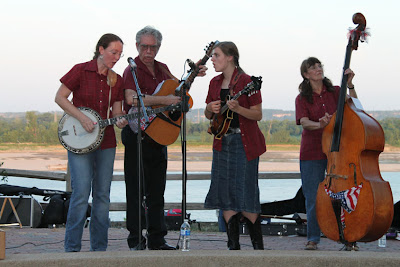 This is a really neat venue to play for several reasons.  First off, it is a beautiful setting up over the banks of the Mississippi River.  You can watch barges and tugboats go up and down the river all day.  There are also plenty of birds nearby, even though the park itself is fairly small.  They have a great playground for kids, too!  The most unusual part of playing at Bellerive Park is that the crowd ends up sitting on three sides of you.  This makes setting up the sound system a challenge.  It also makes you wonder which direction you should face when you are playing! 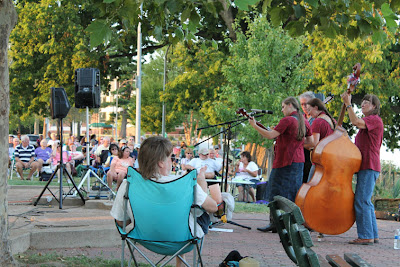 The river was the lowest I've ever seen it.  The banks were exposed on the far side, and you could even see the hull of a sunken boat there.  The barges were staying centered in the channel, but were still doing lots of travelling. 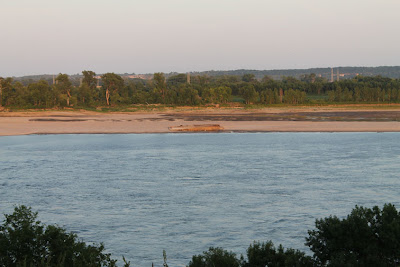 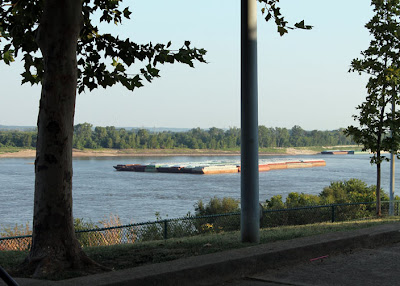 The concert started at 7:00 p.m., and even though it was a scorcher, the crowd was one of the largest we've had at this venue since we started playing it 6-7 years ago.  We even had dancers!  And the crowd stayed to the very end, even after we took a 15 minute break.  What dedication!  They hooted, hollered, clapped, sang, danced, and offered many song requests.  It was really a wonderful feeling, especially when we were getting down to the end of the concert and we were simply worn out. 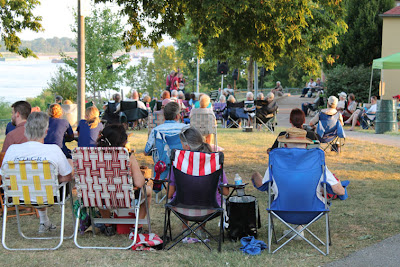 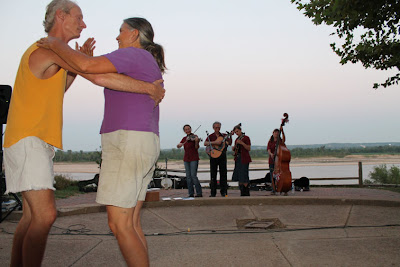 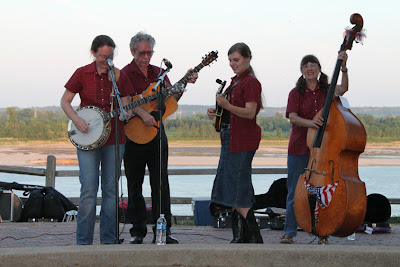 We want to thank all of our sponsors, the Carondelet Community Betterment Federation, Carolyn, Kelly and Leigh, and also all of YOU -- our fans!  We love playing for you and hope to see you again soon!
Posted by Chris Talley at 9:51 AM